From Page to Screen…

Long have authors had their stories reimagined by the magic of lighting, actors and mise en scène. From To Kill a Mockingbird to the recently released Suffragette, film adaptations have always made for gripping films, and here, we look at the latest books to come to the big screen.

Based on American author Andy Weir’s first published novel, Matt Damon plays Mark Watney, an astronaut mistakenly abandoned on Mars by his crew during an intense storm. A trained botanist, Watney survives by using his skills to grow food in the artificial mission environment, all the while keeping a video log to keep himself sane.

“I guess you could call it a “failure”, but I prefer the term “learning experience”. 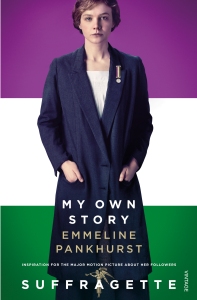 Emmeline Pankhurst was a pivotal figure and the leader of the Suffragette movement, helping women win the right to vote. She wrote of her struggle for equality in her book My Own Story, which served as the inspiration for the Carey Mulligan-starring film Suffragette.

“Those women had followed me to the House of Commons. They had defied the police. They were awake at last. They were prepared to do something that women had never done before—fight for themselves.”

My Own Story, Emmeline Pankhurst.

Justin Kerzel’s adaptation of Shakespeare’s gloomiest tragedy, with Michael Fassbender as the tyrannical king and Marion Cotillard as the chiding Lady Macbeth, may be one of the most visually beautiful films of the year. And of course, the most bloodthirsty.

“Fair is foul, and foul is fair, hover through fog and filthy air.”

Colm Tóibín’s Costa Award Winning 2009 novel is brought to life by Saoirse Ronan as Eilis, a young woman who moves from the Irish town of Enniscorthy to New York in the 50s for promise of a better life. If ever there was a tear-inducing film, this would be it.

In the Heart of the Sea

Inspired by Nathaniel Philbrick’s book, which was in turn inspired by the story of the whaleship Essex (attacked and sunk by a sperm whale in 1820, which, as you can guess, also inspired Melville’s famous tale Moby Dick), In the Heart of the Sea sees a cast lead by Chris Hemsworth that is centred, of course, around a rather irate sperm whale.

“As for me, I am tormented with an everlasting itch for things remote. I love to sail forbidden seas, and land on barbarous coasts.”

Starring Daniel Radcliffe as Igor and James McAvoy as the titular scientist himself, Victor Frankenstein is a modern twist on Mary Shelley’s 1818 classic gothic novel, Frankenstein.  The film will be released in late November.

“Nothing is so painful to the human mind as a great and sudden change.”

A Walk in the Woods 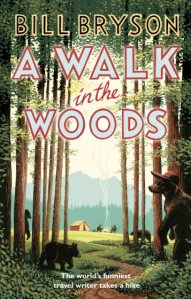 Robert Redford stars in this adventure biopic based upon Bill Bryson’s memoir of the same name, playing the beloved British author himself. Seeking a break from publishing more books, Bryson decides to take a hiking sabbatical into the woods with his companion, Stephen Katz (Nick Nolte), and there the hilarity begins.

“There is no point in hurrying because you are not actually going anywhere. However far or long you plod, you are always in the same place: in the woods.”

A Walk in the Woods, Bill Bryson.

16-year-old Cassie Sullivan, played by Chloe Grace Moretz, is one of few survivors in a world devastated by an alien invasion. With only more attacks to come, she must try to save herself and her younger brother before the fifth wave. Based on Rick Yankey’s science fiction trilogy, The 5th Wave is an adaptation of the first novel in the series.

“Sarcasm doesn’t appear to work on him. If that’s true, I’m in trouble: It’s my normal mode of communication.”