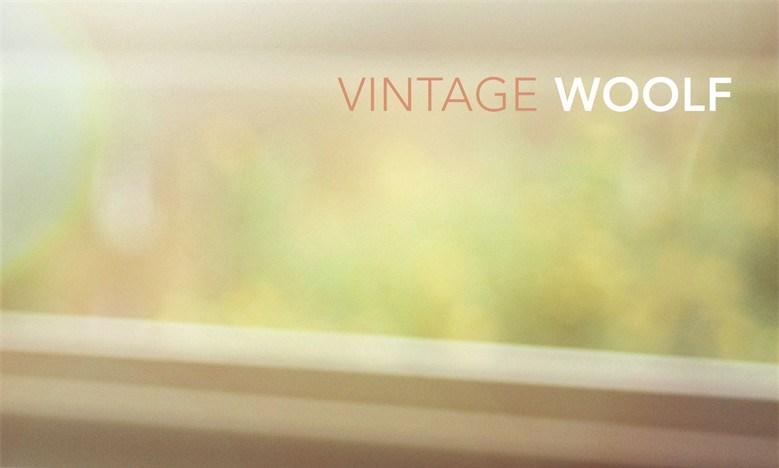 Jeanette Winterson on The Waves

This week in our Women on the Page campaign, we’re taking a great deal of pleasure in looking back at Authors: Then. With that in mind, here’s an Author: Now – Jeanette Winterson – introducing the Vintage Classics‘ edition of Woolf’s The Waves.

Sun and moon are usually paired together, but sun and shadow are the light-changes that affect our lives.

Virginia Woolf lived from intensity to intensity. There were lit-up days when she could see everything, days where nothing was hidden, where secrets became only a code that needed the light to fall on them to be read. There were other days when the shadows not only obscured the world but became a monstrous kingdom of their own. Woolf’s struggle with the shadow, her pleasure in the light, and her growing understanding of the strange balance of both, was a personal epic of the Gilgamesh kind, of the Job kind. The close details can be found in her letters and diaries. They are among the best letters and diaries written in English, but even so, frank as they are, revealing as they are, they cannot tell us what we need to know. Only her fiction can do that.

What do we need to know? About sun. About shadow. 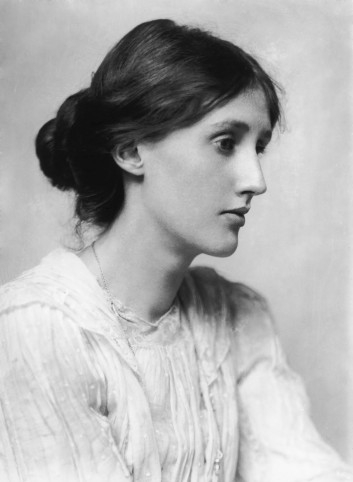 The sun fell in sharp wedges inside the room. Whatever the light touched became dowered with a fanatical existence. A plate was like a white lake. A knife looked like a dagger of ice. Suddenly tumblers revealed themselves upheld by streaks of light. Tables and chairs rose to the surface as if they had been sunk under water… The veins of the glaze of the china, the grain of wood, the fibres of the matting became more and more finely engraved. Everything was without shadow.

This noonday madness, where everything assumes a ‘fanatical existence’, where there is no shadow, is the briefest point of the day. Where there is sun there must be shadow, but the king-moment, at the high pause of the wheel, the sun turns everything to light. It is brief but it is true, or, if you prefer, it is true but it is brief. We all know this moment, in reality and as symbol. For a very short time we know it in our own bodies. In The Waves, Percival represents this perfect risen sun. ‘That is Percival, lounging on the cushions, monolithic, in giant repose. No, it is only one of his satellites, imitating his monolithic, his giant repose…’ Percival’s arrogance, his dynamic laziness, the simple fact of his presence, alters the landscape. Neville, the gay man, cannot bear to look at Percival at their farewell dinner before he goes to India. Percival is too bright. He is the hero, the sun-god.

What happens to this hero? This sun-god?

Reading this, I think of Siegfried, the hero who Percival most resembles. Siegfried, the only man in the world strong enough to row against the current of the Rhine, is stabbed in the back, drunk, at a hunting party. Bernard, remembering Percival, longs to hear his ‘wild carol’, the sound of a hunting song when the windows are thrown open. He remembers him as strong, unvanquished, but like Siegfried, fate, not fight kills Percival. He does not die in battle, he dies in the dirt thrown from a flea-bitten mare. The sun is plunged out.

If the values that Percival represents are admirable — and he is never criticised in the novel — he is, like Siegfried, already an anachronism. The Empire Percival chooses to serve is at the end of its life. Valhalla, the home for heroes that is the proper resting place for Siegfried, is burning down before he gets there, destroyed not so much by Wotan’s bad management as an inevitability in which they both collude. Time changes every-thing, even heroes, even gods.

Time, which is a sunny pasture covered with a dancing light, time which is widespread as a field at midday, becomes pen-dant. Time tapers to a point. As a drop falls from a glass heavy with some sediment, time falls. These are the true cycles, these are the true events.

Trapped by their own certainties in worlds that are dying, Percival and Siegfried can only die. Time falls, the wheel turns.

For the others, Jinny, Susan, Rhoda, Louis, Neville and Bernard, the shadow is closer than the sun. ‘But without Percival there is no solidity. We are silhouettes…’ None of the six enjoy Percival’s magnificent confidence, but with the exception of Rhoda, all survive. The Waves is a book of constant re-orientation — to a changing world, to a changing self. Without this re-orientation, where the compass must be checked and new directions given, it is not possible to survive. Woolf keenly felt the unknown world opening around her. She knew that after the First World War a way of life had gone forever. The certainties had gone forever. The shelters of money, class, Church, tradition, could no longer be relied upon to protect. The long summer days of childhood had vanished. Narrative itself was no longer a steady progress of character and action and resolution. The writing swerved and faltered, had to begin again. Virginia Woolf was one of the first to begin again. All her books are an effort towards a new chart. The chart is not always easy to read and sometimes there is little light to read it by. This is the condition of our lives. We are not easy to read and we read others badly, either blinded by sun or mislead by shadows. Since Einstein, science has warned us that even our simple certainties are uncertain. The difficulty of knowing is that we are both the instrument of knowing and what we seek to know.

In The Waves, Virginia Woolf tried to walk on water. She did this so that her readers could do it too. She wanted to write about the vast unknown uncertain continent that is the world and us in it. This continent is not a land mass. It is not solid, it is not stable. It shifts, it storms, it drowns, it is both the simple surface of things and their depths. At noon it is calm and clear. When the shadows fall, even shallow water menaces. How to write this?

Her method was not the method of the nineteenth century, where a boat could be put out, and a course decided, and everyone on board securely taken to the Captain’s destination. She wanted something riskier, more intimate, but she still needed to keep control. She chose to walk. She put language under the soles of her feet and she walked. She watched the way the sun affected the water and she walked. All the time she walked she wrote. It is a delicate exposed method. As readers we sometimes long for some-thing hard and firm and unyielding, a Percival narrative, a hero text, that would dash through the water like a powerboat, control-ling the waves. Which of us can say that our lives are like that — definite, purposed, fully controlled? Which of us can say that our emotions are solid things we can hold in our hands?

To try and tell the truth about life is to admit that truth is not found in any one place, but swarms plankton-like in any scoop of water we draw up. The sense is in the pattern and the pattern is always changing. The pattern looks different in different lights. We try to make an order but our order is always provisional and the trick is to know that and not get caught in the hero-certainties of too much sun.

There is a great sense of loss in The Waves, for those certainties, that sun. It is a sense of loss that is not nostalgia. Loss is pain but pain can be a navigational aid. The Waves steers us out into the water into the shadows. We have to go because soon only the desert will be left behind.

Jeanette Winterson is the award-winning author of Oranges Are Not the Only Fruit and Why Be Happy When You Could Be Normal? This introduction can be found in the 2012 Vintage Classics edition of Virginia Woolf’s The Waves.

To keep up to speed with the stories, interviews, features and galleries we have in store for you this month, follow #onthepage on Twitter, Facebook and Instagram. For monthly literary titbits straight from the Penguin’s beak, sign up to our monthly newsletter here.

You can find even more amazing content from some of our best loved authors, talking about their heroines, on the Five Dials page now.

Authors, Classics, Women on the Page