Etta and Otto and Russell and James author Emma Hooper shares her top five brilliant, inspiring, memorable and daring characters (aka: a short list of the women in fiction she want(ed) to be). 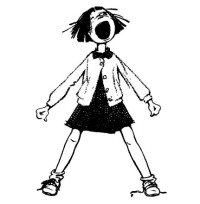 Ramona Quimby was the first literary heroine with whom I felt I shared a soul. A dirty, mischievous, sometimes whiny, always heartfelt soul. It was so refreshing to meet a girl in a book who was like me. Not a Victorian waif or a pretty princess, but grubby and ruddy and FUN.

And, speaking of princesses, if there was one literary royal with whom I did relate, it was Princess Elizabeth. When things get rough for her (a dragon destroys everything, including all her clothes, hence the paper bag… and kidnaps her Prince Ronald) she stomps off, finds the dragon herself, and tricks him into defeat. In a deft switcheroo, the princess has saved the prince. That’s not the end of it though, the best bit of this book, and of this character, is when, post-rescue, she tells the superficial Prince Ronald to sod off. Now that’s my kind of princess. 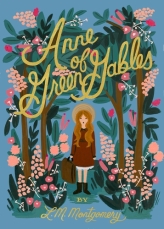 Between the ages of ten and thirteen, I was physically pained by the idea that I would never actually get to meet Anne. She was me and I was her, I was sure. Despite the fact that my hair was very much brown and not red and I was about 75 years her junior… Her quickness of mind and tongue, her disregard for illogical social tip-toeing, her vibrant imagination and, at once, pragmatic and romantic soul… forget Harry Potter, Anne Shirley was (and will be) always the orphan for me.

4. Nora Helmer (from A Doll’s House by Henrik Ibsen)

5. Elizabeth Bennet (from Pride and Prejudice by Jane Austen)

Finally, cliché though it perhaps might be, this list wouldn’t be complete, wouldn’t be honest without the inclusion of this, Austen’s deservedly most famous heroine. Lizzie Bennet is smart. She lives and works by words and wit in a time and place when women, for the most part, were to be seen and not heard – and, if heard, generally only playing gentle music at the keyboard. She’s clever, feisty, and very much alive, finding ways within her means to rise above her situation. I think we all, women and men, secretly want to be Elizabeth Bennet.

Emma Hooper’s debut novel, Etta and Otto and Russell and James, is out now. Emma also performs music, have a listen to her work here (she’s great).

To keep up to speed with the stories, interviews, features and galleries we have in store for you this month, follow #onthepage on Twitter, Facebook and Instagram. For monthly literary titbits straight from the Penguin’s beak, sign up to our monthly newsletter here.

You can find even more amazing content from some of our best loved authors, talking about their heroines, on the Five Dials page now.

Women on the Page